“Why Mosquitoes Buzz in People’s Ears”

There’s a cute African folk tale called “Why Mosquitoes Buzz in People’s Ears” that can really jerk your heartstrings for the plight of the poor mosquitoes.  However, after living through the last few days at Kako, we have no more sympathy for these vile creatures.  They are vicious, tenacious, and like cats, they each seem to possess the proverbial nine lives.  Oh, how we would love to see the miraculous demise of all mosquitoes around Kako!  Until that happens, we have armed ourselves with mosquito netting (around the bed), duct tape (around all visible cracks in the house), and bug spray (which doesn’t really work, but it makes us feel a little better about stepping outside).

Along with the bugs, events around Kako have drastically picked up since the beginning of the camp season almost two weeks ago.  We started out with a group of 28 junior high campers, followed this week by another junior high group of 37.  Next week we’re expecting 50 high school students, and we even have several on the waiting list!  This means lots of flying for the pilots, especially on Mondays and Fridays.  Last Monday Jared logged about 10 hours in the plane, and, together with another pilot, brought in kids from 14 different villages.   Jared’s doing a wonderful job in the role of pilot.  He has great rapport with the kids, and the steady flying hours and unpredictable weather are really helping to hone his skills.

Carol’s main role has become “transportation contact person” on Mondays and Fridays.  This requires keeping contact with the pilots, organizing flights, and relaying drop-off/pick-up information to all of the campers’ parents.  Slight difficulties include the vastly different schedule that most villagers operate by (party late, sleep late), last-minute additions or cancellations that throw off a “perfectly” organized flight schedule, and unpredictable weather.  All of these factors combined mean extremely hectic Mondays and slightly frazzled Fridays (at least by Friday we know exactly how many kids we are dealing with!).

During off-days/hours, we each fill our time with other activities.  Jared has helped with supervising the rock wall, preparing and planting the Kako garden, and playing the guitar for songs during “Bible Time.”  Carol also helps out with leading songs, planting the garden, and the never-ending kitchen and laundry duties.  Lucy has been filling in wherever she’s most needed.  This past week, being a little short on staff, she was promoted to co-counselor, in addition to her regular jobs of running the snack shack and helping around the kitchen.  Carol missed her help with Titus, but we’re so glad that she can be useful around camp!

As you pray, please ask God to strengthen the counseling staff and give them hearts for these lost kids.  During the first week of camp we had a volunteer team of college students from Tennessee that did an amazing job of forming relationships and feeding spiritual truth and the love of Christ into the campers.  Several of the campers from that week now profess faith in Christ!  This week, however, we’ve had a much weaker group of counselors that haven’t made a strong connection with the kids.  Please pray that the counselors will be imbued with energy and enthusiasm for the task before them, and that by word and example they will “preach” Christ loudly and effectively to the next three groups of campers.  That’s the reason we’re here!

Enjoy the pictures below! 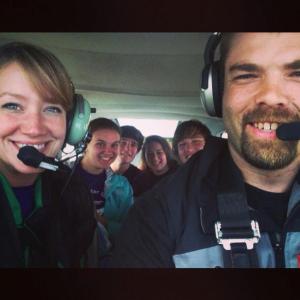 Village kids ready to go back home after a week of camp (photo courtesy of Neely Lawson):

Lucy operates the Snack Shack like a pro (photo courtesy of Neely Lawson): 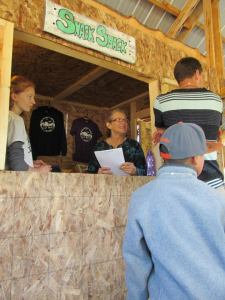 Campers about to enjoy the obstacle course in the woods (photo courtesy of Neely Lawson):

The kids love music, even though they’re not that great at keeping a beat: 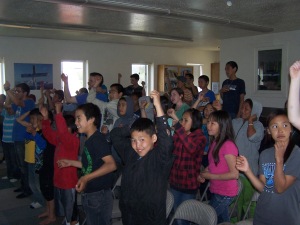 Titus enjoys a not-so-rare moment at the controls (photo courtesy of Matt Finn):

The view from Kako Mountain (photo courtesy of Neely Lawson):